Andi debuted in SOAP 208 on September 04, 2008 by beating the snot out of her equally newbie opponent. Andi learned so fast and did so well, we figured we'd reward her with Wenona, the five foot ten inch, 125 pound hard-body fitness model and adult actress!

Wenona has been wrestling for nearly 3 years at some other place, and, like Andi, this is Wenona's second Academy match. Both have a lot to learn. Neither is as good as we saw a couple weeks ago with Isamar and Mira, but both are good. 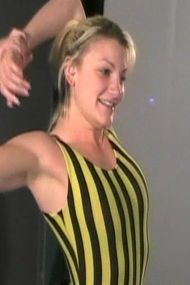 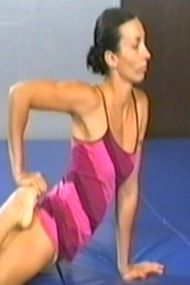 The match is mainly grinding breast to breast pins and attempts to head and body scissor a submission because both women are strong and smart and quick and in great shape but neither is strong enough to overpower the other and neither knows enough techniques to get joint lock submissions.

At Wenona's request the women didn't choke in this match. There is real passion involved as both really liked the other and both really gave everything they had to win.