Gia takes early control of the match mounting Natasha and bullying her around a bit. Natasha comes back and momentarily has Gia in a deep choke but Gia wiggles free and regains control by mounting Natasha. The fight goes back and forth until Gia finally gets her back and secures a scissors submission.

Gia starts to overpower Natasha with her strength and continually pins her down and even straddles her chest in a humiliating school-girl pin. She enjoys every second of her dominance, even starting to taunt Natasha from this mounted position as Natasha desperately struggles, but to no avail as she eventually has to give in to Gia's smothering. 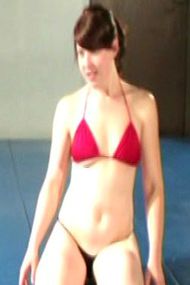 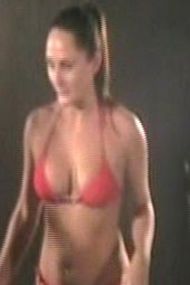 It's all downhill from here for Gia as she begins to dominate and take full control of the match. Bikini tops spring off but the domination and furious action continues leaving no mystery who will get it in the end.

First comes the spanking, then the cock sucking and finally the doggie-style pounding to begin the final frame. It's all here, you'll love every second of the action as the winner really lets the loser have it! A full serving of Academy-style fucking not to be missed.