Check out newcomer Lexus Lee, a super sexy blonde. Lexus stands 5'3" and weighs in at 120lbs with 1% body fat. This girl is in shape! Lexus works for Tuesday Taylor's wrestling promotion and today she's got a special assignment - deliver the grand prize to Chinese knock-out Susie Wong, winner of the 1994 Miss Alviso Beauty Pageant. The Grand Prize - a one-year contract to wrestle for the promotion!

Susie actually expected something else - maybe a car or a trip to Hawaii, and she isn't enthusiastic about the prize. But Lexus won't get paid until Susie signs the contract. The result - a tit-smothering, high energy, all topless pro-style nightmare for one woman, who ends up getting a close look of her antagonist's sweet, hard cheeks and hot, sweaty crotch! 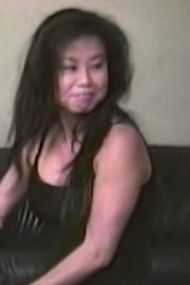 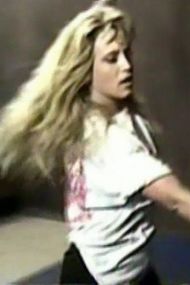 Can You Really Be This Dumb?

Lexus Lee followed Tuesday Taylor's orders - she approached Susie with evety intent of getting the new Miss Alviso to sign a one year contract with Tuesday promotion. When Susie didn't cooperate, things got a little tougher than Lexus expected - now she's got some explaining to do to the boss.

Tuesday is rarely in the mood to listen to excuses and blonde, hard-body Lexus' excuses are lame! Tuesday tries to shut Lexus' mouth the best way she knows how - by stuffing her pussy in Lexus' face and grinding it till Lexus agrees to keep her excuses to herself. This one comes down to who wants to win more! 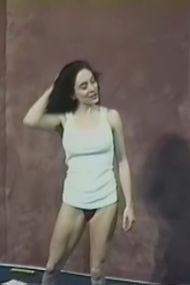