Since that day in 2007 the strong and confidant cutie has been training and taking on the toughest opponents-and with victories over Ariel X, Isamar, Rubye, and Sean Quigley, she is now possibly considered the favorite going into this matchup with the larger and very confident Jamee, or anyone else for that matter. What ensues, as you may have expected by now, is a full on, straight up ass kicking. No matter what buxom Jamee throws at Mira, she finds herself on the receiving end of either a choke hold, armbar, wristlock, trianglke headscissors or any other hold Mira's been working on. The submissions are too many to count, much to Mira's pleasure. After over a half hour of non stop battling, Mira decides to end it-but Jamee suddenly gains a burst of energy, only to have Mira counter and choke her into a final submission. Once the strap on comes out, there's no foolin' around- Mira is all business and gives it to her vanquished rival good and long! 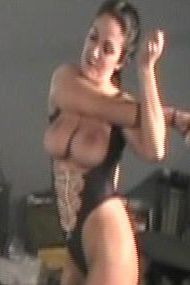 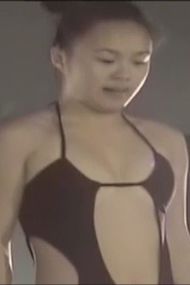 An epic rematch two years in the making! Back in 2007, Academy's two top rookies squared of in a battle for the ages. Brash, big titted brunette Jamee had bullied her way past some of the lesser competetion, and silky, sexy Asian Mira had done the same when they met up in an instant "Producer's Pick". The larger Jamee took the hotly contested victory that day, nearly three years ago. Since then, Jamee 's continued to have her way with the lesser girls, earnin' her pay and having her fun. Now Mira, on the other hand, is the baddest "real girl" to hit the Academy mats ever.