MUFFOCATION CITY - Sable Stone didn't want to work Lacey. In ACA-29, Sable expressed to her new boss just how strongly opposed she was to the idea of wrestling Lacey. Well... Sable, meet Lacey Hamilton! 5'3" and 125 lbs of pure silicone dynamite, Lacey is about the least likable character to ever visit San Benito city.

With 38DD knockers, blonde Lacey attacks sexy black Sable like a savage, and finds Sable knows how to use her own 38DD's as well as anyone! This one is to the point and doesn't take long for one big titted terror to plant her sexy ass on her opponent's mouth and from there its MUFFOCATION CITY!!! 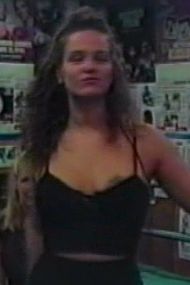 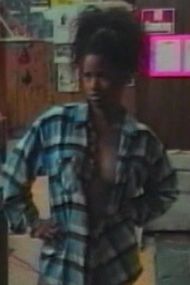 THE PRESS RELEASE - Release is what SAN BENITO GLOBE editor Mikki Monroe needs most. Release form Ashley Anders, her overbearing, abrasive publisher. Release from the pressure of the cut-throat tabloid newspaper industry. And release of her face from between and underneath Ashley's gorgeous backside!

That's where we last saw the beautiful Mikki, face up and tits heaving in submission as Ashley rode her face to a screaming series of submissions in ACA-27. These two are both 5'9" tall and 148 lbs, and have a mutual dislike and one gets a face full of pussy!