SOAP 231 really should have been AX 231 as the strap-on never appears. This is one of the first matches our new editor (Isamar) ever produced and we didn't catch that she'd titled it "SOAP" until too late. My bad. Don't want to mislead anyone.

No one who knows Kendra (aka Cadence) and Ariel should be disappointed in what takes place on the blue mats. Kendra is taller and slightly heavier; Ariel is quicker and more skilled and in better condition. 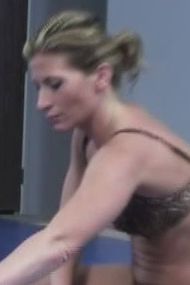 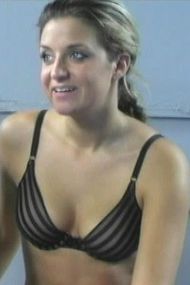 Neither one takes a step back over nearly 40 minutes of combat, each straining with all they have for victory in a way that only comfort and confidence and aggression can allow! Although there is a definite winner to the wrestling, an undoubtedly superior grappler, fighting this hard worked out to be mere foreplay as the sex starts out hot and gets hotter and more intense as they go.

We had planned for it to be a SOAP, but Kendra and Ariel basically decided they were going to have sex the way they'd have sex if they had been fighting in a motel room without a producer/director paying them for it. We let them do it their way and just kept the camera rolling for two reasons. They'd have been really disappointed had we stopped to give them "direction", and their passion was so intense there was no way to improve on what they were doing.